The maiden direction of experienced television programme producer, Udara Palliyaguruge, the film is about cricket and a group of youngsters with their lives, romances and many other interesting encounters that they come across.
‘Super Six’ centres around a group of youngsters from a town in Moratuwa. The game of cricket brings their worlds and dreams on to one platform — the pitch!. Set within the present day, the freewheeling passion for Cricket decides the fate of the young groups and their dreams.
Unpredictable perils of fate and destiny are both the subjects of their lives. The kinetic journey goes through friendship, love, madness and creativity: The young individuals unbridled hopes of youth take them to a professional tournament called the ‘Super Sixes’. Rivalry among the teams begins, not only on the pitch but outside it too. Along the way they discover the true meaning of love, friendship and most of all courage.
Estimated at Rs. 77 million, the biggest part of the budget is to be spent to improve a technically high standard movie with extraordinary action sequences. 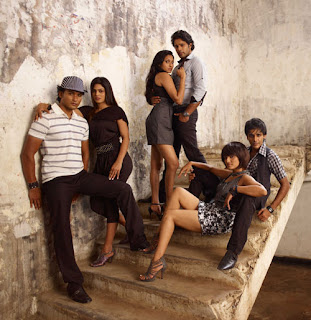 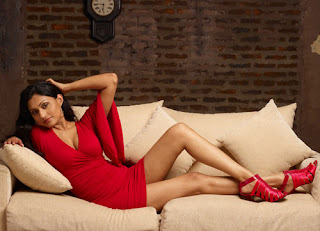 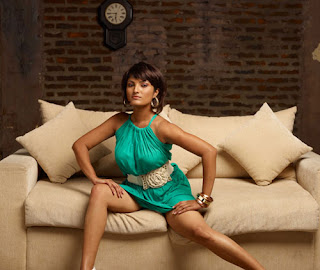 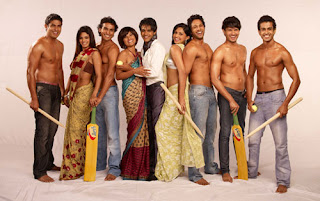 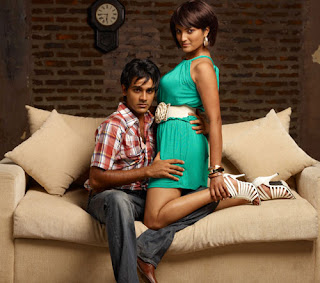 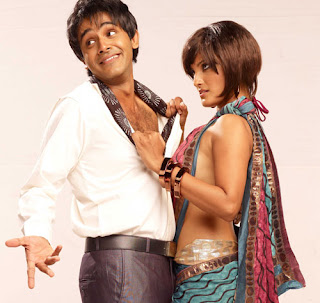 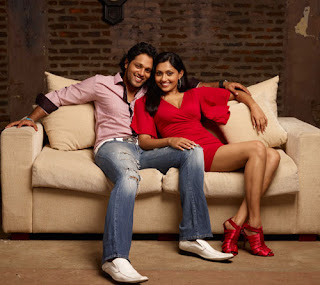 “This is going to be a completely different cinematic experience for Sri Lankan cinema goers and we are 100% sure that it is going to be a hit,” Sadesh Kumar, the producer of the film said replying to a question of taking risks with high budget movies in Sri Lanka.
A star studded cast that includes Roshan Ranawana, Sanath Gunathilake and debuting former Miss Sri Lanka Aruni Rajapakse, Director Udaya Palliyaguruge’s Super Six is a film that combines the influences of romance, comedy, action and fantasy and is the first movie to be launched in Sri Lanka after the end to the war.

It also happens to be the country’s largest commercial budgeted movie at a production cost of Rs 77 million. A Sri Lankan cast of over 600, which includes 160 in the main cast, 180 technical and a host of extras handpicked for their talent ensure a one of a kind movie experience.

According to the director the genre of this film is “Jollywood’, stating that it incorporates all emotions and senses known to the ‘human mind and spirit’. Speaking at the launch of the movie at Cinnamon Grand Colombo Palliyaguruge stated, “With cricket being Sri Lanka’s national pastime,Super Six revolves around a group of youth from Moratuwa participating in the Super Sixes, a six a side tournament.” He added, “There are unpredictable perils of fate and destiny that are intertwined in each of these young people’s lives while they strive to achieve their dreams on the singular platform of the cricket pitch. But the rivalry between the teams spillover into their off-the-pitch lives although the ultimate lessons are the values they learn from each other in this ‘Super Sixes’ tournament.”

As head of Aristo Films, a 100% Sri Lankan film Production Company formed in 2005, Palliyaguruge also combines the genius of R Sadesh Kumar into the film which is set to be on location in both Sri Lanka and Malaysia, using technical resources from India. This is also the first time that an ARRI 435 camera is being used with Kodak Vision 3 Film. In addition, Palliyaguruge has gained the expertise of a choreographer and professional stuntmen from India, incorporating aerial views from a specially commissioned helicopter to add to the nuances of movie. Seven especially composed songs comprise the movie soundtrack.

In addition there is a supporting cast of nearly 160 in this movie together with nearly 80 in the technical crew.

Anura Ekanayake has scripted the film while R. Costa is the cinematographer and M. Ayagama is the art director. I. Udaralanka handles makeup while Sumathi Kudaligama is the costume director and A. Ariyaratne and Shanaka are production managers.


Filming of Super 6 will comment in September and continue until mid November this year. The film is planned to be ready for release within a year and various locations for shooting within the island and in Malaysia are finalized. Aristo Films will produce and market this film. The film will be distributed by EAP films.
Email ThisBlogThis!Share to TwitterShare to FacebookShare to Pinterest