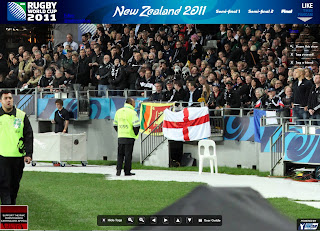 There were a number of nations which took place in the World cup 2011 but one 'national flag' caught the eye of many Sri Lankan spectators who were following the rugby world cup. There was a Sri Lankan flag which was posted at most of the matches played at the Eden Park Stadium in Auckland and we were curious as to know who was responsible for this. ThePapare's New Zealand corresponded Roshan Perera was able to take a picture of the people behind the national flag which was even displayed at the rugby world cup final played yesterday between New Zealand and France.

On the left of the picture is our very own Roshan Perera, and on the right is Harshadhava Karunarthne, a former Isipathana player who played from 84- 86 , and represented the national youth team in 88. He was also in the Sri Lanka national pool that same year and during 87 and 88 represented Havelock's and then CH&FC from 89 -94. He holds a level 2 NZ rugby coaching certificate and was a team manager for a New Zealand premier club in 2009-2010.

Below are some of the pictures displayed at the world cup final and of the two responsible for adding a Sri Lankan touch to the rugby world cup 2011. 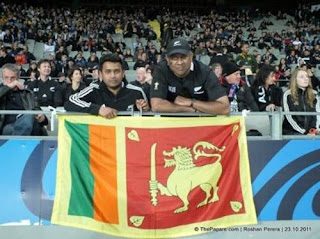 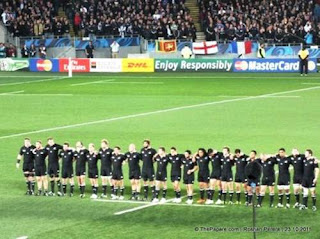 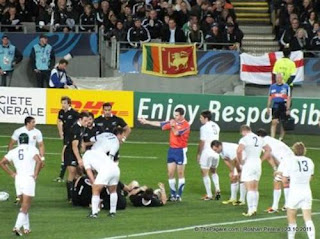 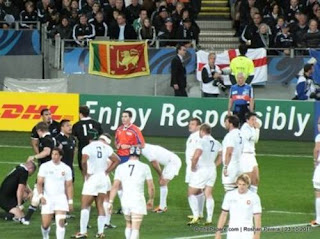 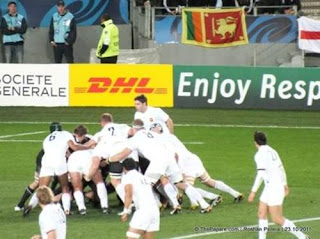 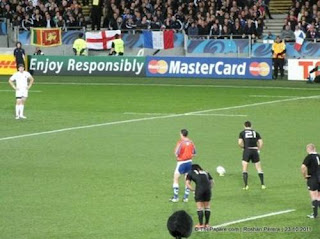